X
We'll get back to you as quickly as possible

Bulk SMS has always been a highly effective marketing strategy. Customers have begun to choose in-app messaging or chatbot services over traditional SMS as smartphone usage has increased and the need for real-time convenience has grown. They desire a simple two-way texting platform, which has prompted companies to consider RCS corporate messaging. This will ensure that they can connect with all consumer groups, regardless of device.

is a powerful addition to conventional SMS that can help firms improve their communication strategy. Companies could contact clients on their selected device and in the right message format if they paired their standard text or multimedia approach with Google's 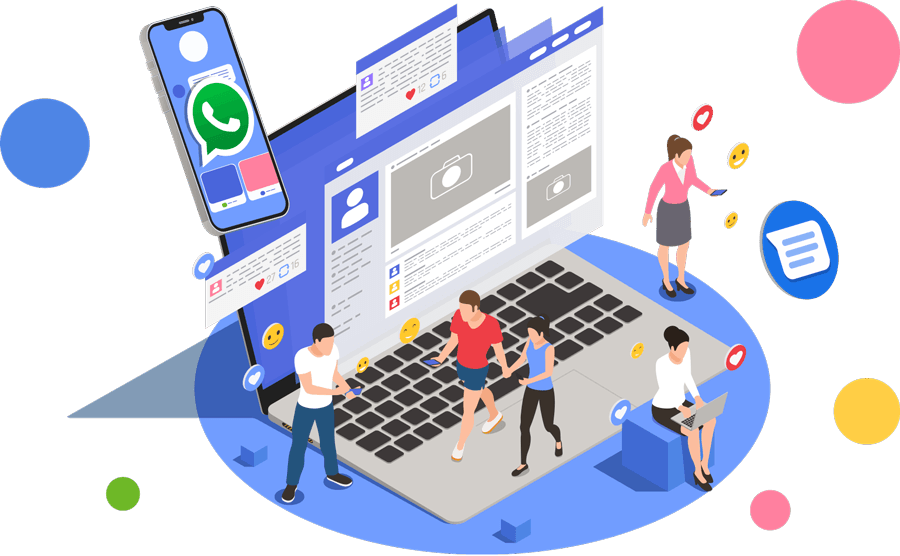 There is no need to download or install anything. It's only tapping. RCS's overall goal is to eventually replace SMS and MMS texting, which we're all familiar with because they've been there for a long time. Live conversation, including multi-media support, is possible with

, and everything is handled via the data network. The flow of interaction between your agent and a user is comparable to that of a two-person discussion, with each participant speaking, listening, and responding to the other in turn. Conversations with users are started by your RBM agent.

What can you do with Google Messages?

The benefit of using the RCS standard is that it simplifies a few things in group chats. To exit a group conversation using SMS texting, for example, you would have to advise that the chat creator create a new one without you in it. You can exit a group chat using RCS without having to update the chat settings. You can also join an existing group chat rather than starting a new one.

Smart replies and suggestions, whether from

or for specific tasks like attaching photographs, are another useful aspect of

Smart replies are very handy, when we are busy in doing some work to acknowledge the message or to quick response. These replies comes up on the basis of chat you are doing.
For instance, if someone says, “Good Morning, Have a nice day”,

will suggest you “You too” or something, along those lines.

Suggested Actions works bit different. These suggestions are based on what you send, if you were about to say, “Just reached the Market”,

will suggest you to share your location. Most of the times, it is a useful tool.
As far as

go, it can be sometimes miss or sometimes hit. The idea is that if you mention a location, Google Assistant may suggest it in the form of a link to Google Maps or a website. By tapping the suggestion, you send that link to whoever you’re messaging at that time.
Here’s how you can enable all three:
1. Open Google Messages on your Android device.
2. Find the three-dot menu at the top of the screen, tap it, and then tap Settings.
3. Look for and tap Suggestions.
All three types of suggestions mentioned will be here, each individually toggled.
4. Toggle either Assistant suggestions, Smart Reply, or Suggested actions depending on which ones you’d like to enable 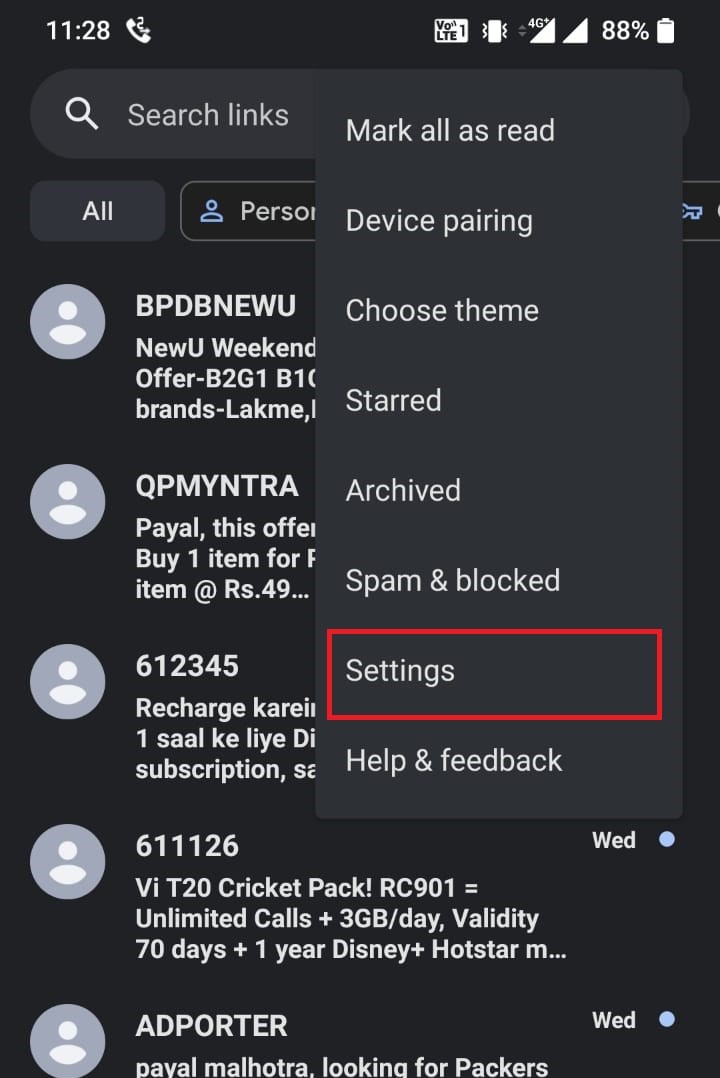 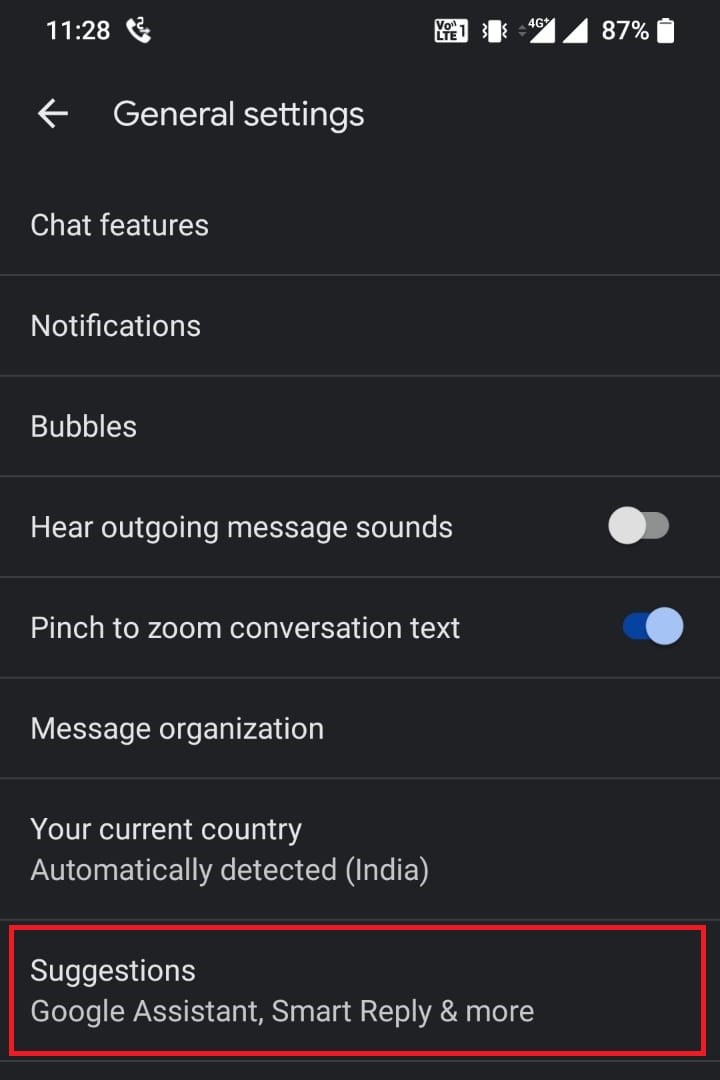 Another best feature that Google Messaging is providing is of Two way communication. RCS Messaging is a way to improve the way people and businesses communicate with one another. It is a progression in the world of mobile messaging. It gives us the opportunity to use the power and dynamics of RCS Business Messaging to improve our client interaction with whom we are talking to. It gives us the benefit of Two-way Communication with our prospects.

Easygosms is India’s leading Bulk SMS Service Provider. Now, Easygosms is also providing the services of Google RCS Messaging and helps you to share rich media in your chat.

Another fantastic feature of

that has just surfaced is the option to organise messages by category.

now offers two categories: personal and business. Messages from friends, co-workers, and family can be found in Personal. Any message you receive from a real person will usually be located under the Personal section.
Any message you receive from automated systems, on the other hand, will be stored in business. This includes one-time passwords (OTPs), ride-sharing or food-delivery service updates, and other SMS from automated services. Recently, it appears that automated messages are arriving at an alarming rate. You can use the categorization option to divide these messages into parts for better viewing.
When activated,

will display three tiles at the top: All, Personal, and Business. All messages will be displayed in this part, whereas the other two sections will only show categorised messages.
Here’s how to enable message organization:
1. Open up Google Messages on your Android device.
2. Look for and tap the three-dot menu at the top-right corner of your screen.
3. Tap Settings.
4. Look for and tap Message organization.
5. Toggle on View messages by category.
In Message organization, you will get one more benefit to Auto-Delete OTP’s after 24 hours. Once you Toggle in this feature, than your OTP’s will automatically get deleted by 24 hours, which will also save the space in your phone. 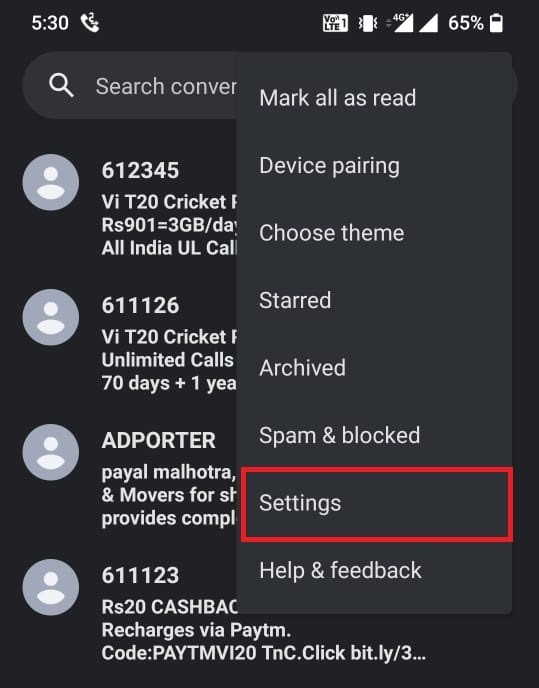 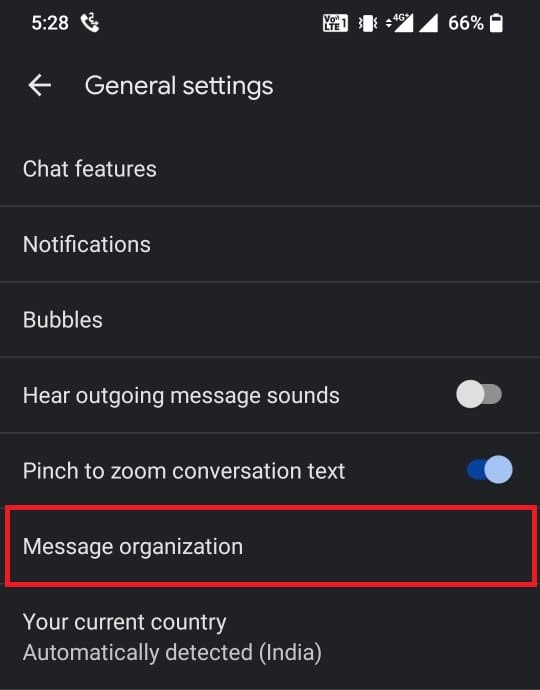 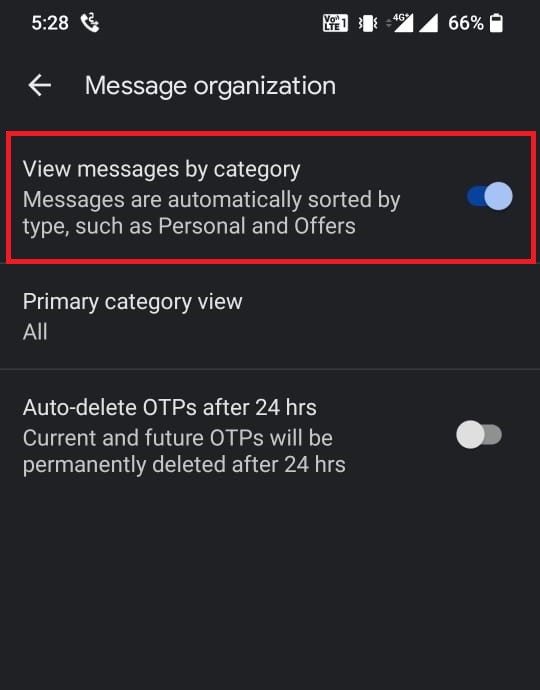 Adding further features to your talks

Smart recommendations are excellent, but they don't always work the way you want them to. There's no need to be concerned if they don't. By clicking the + icon next to the text window in a chat, you can send whatever you wanted

to recommend.
When you tap the + icon, a new window will pop up with a variety of content-sending possibilities. GIFs, stickers, files, contacts, and more can be sent. You may even ask Google Assistant to recommend a restaurant or a movie.

The ability to browse, compose, and send messages via a web client is another capability that

makes use of. This is something that a lot of other messaging applications do, and it's a terrific feature. Having messages available immediately on your Chromebook or PC is more than helpful for those of us who spend a lot of time at a computer.
The web client can be found here. Open

on your Android device, press the three-dot menu in the top right corner of the screen, and select Device pairing. To scan a QR code, press the scanner button on your phone and point it at your computer screen. All of your messages will show on your computer in roughly two seconds, allowing you to message anyone with ease.
Playing around with these features is the best way to learn how to use them. That is true of

as a whole. Chatting with friends and family will be more entertaining and beneficial with the new RCS features than simply exchanging SMS texts. 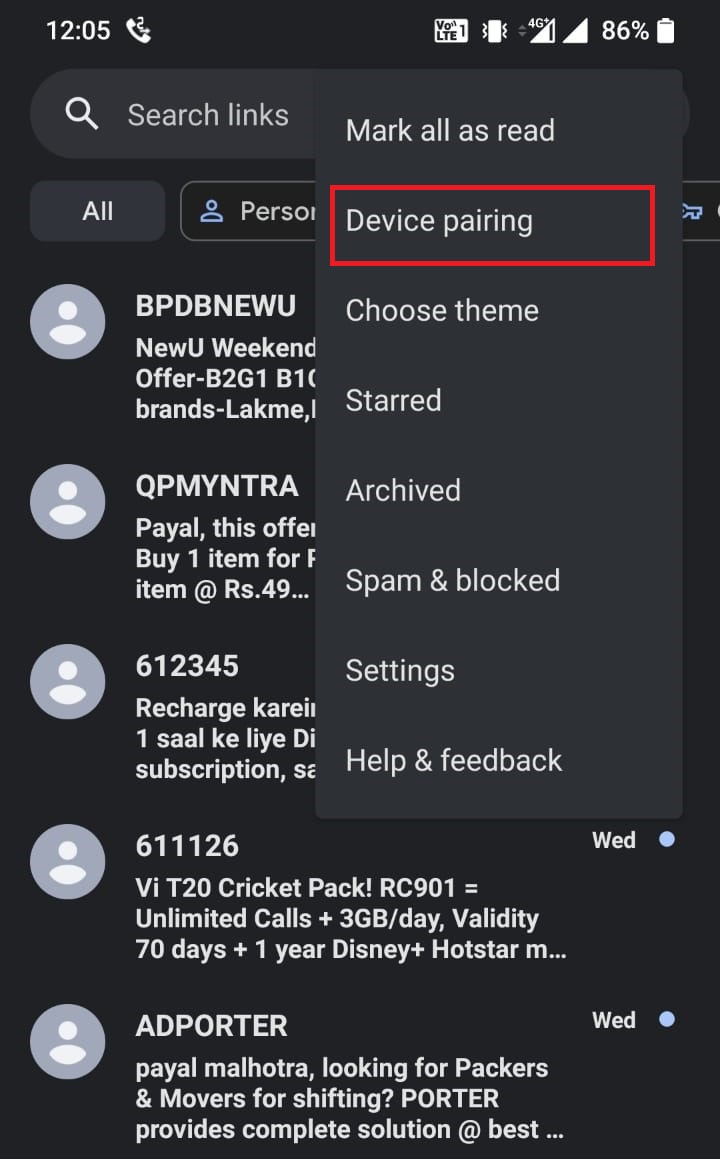 What exactly do we do?

As an RCS messaging service provider in India, we are dedicated to helping you grow your business and get the best potential results. We can help you improve your business model by creating a unique brand that allows you to connect with clients all around the world.
We set aside time to help you expand your business according to your requirements and needs. Our goal is to provide our clients with a cutting-edge, innovative, and one-of-a-kind solution.
With our extensive choice of specialized solutions, we can assist you in communicating with your current and new consumers.